We had a fabulous Maths day on Thursday 1st October!  We had lots of challenges and a Maths trail to keep us really busy!  We went on a shape and measurement trail all around the playground and then out in the play-park. 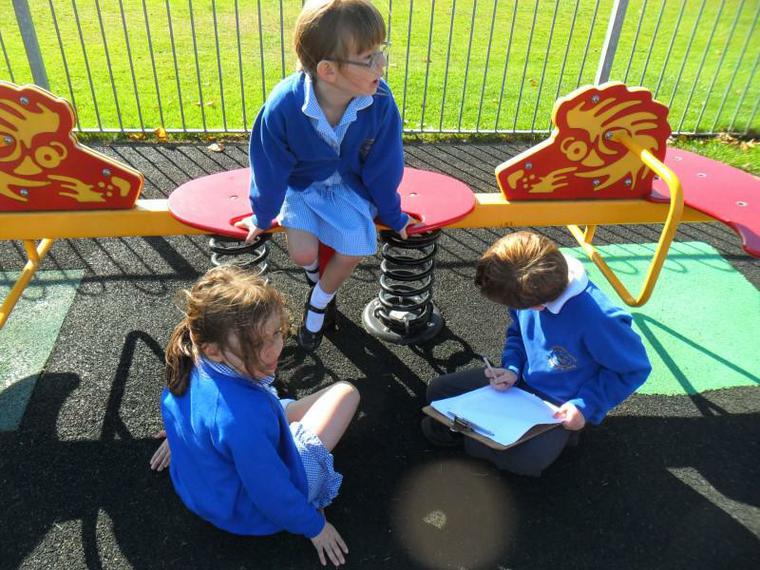 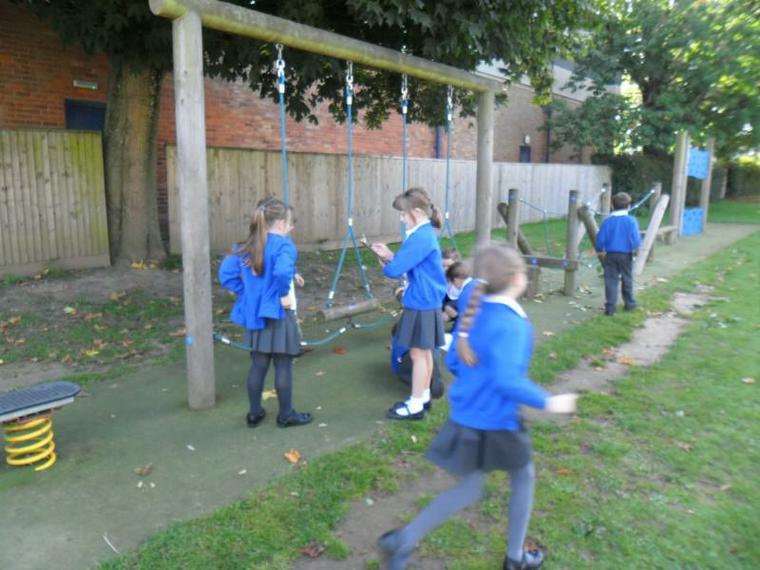 One of the activities was to find shapes in the environment.  We found 2D and 3D shapes and some of them in quite surprising places. 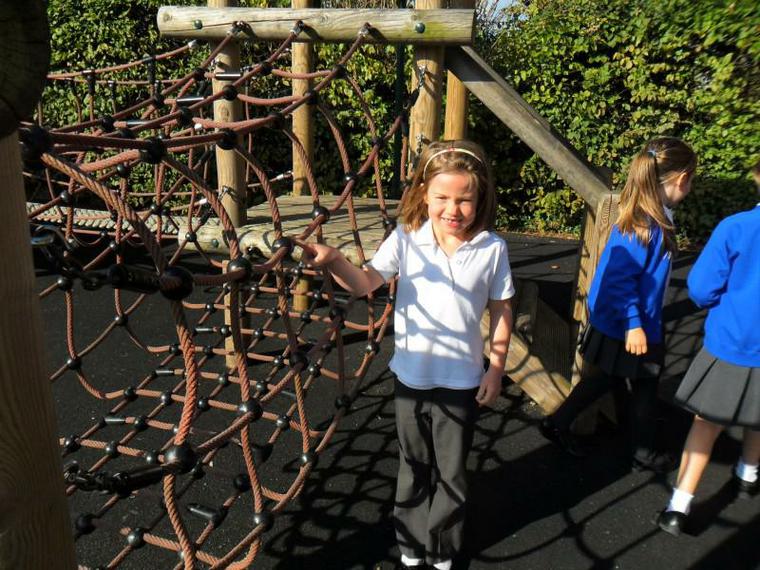 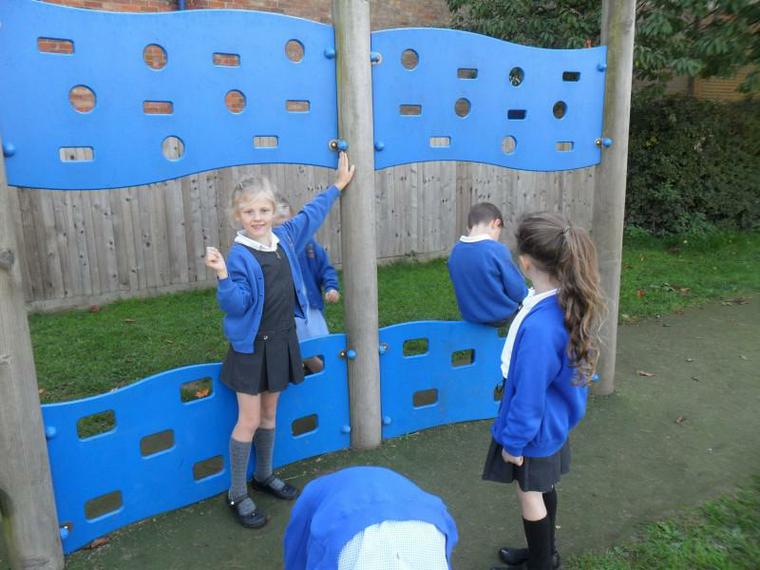 We also did some estimating – trying to make accurate guesses about the height of the climbing net in the park.  Another one of our challenges asked us to estimate how many times one of the children would swing on the swing until they stopped if they were given just one push. The children were not allowed to move to swing themselves once the test had started. It was interesting to find that most of the tests resulted in between 60 and 70 swings. After testing this out with children, Mrs Pearson asked us if we thought the number of swings would be higher or lower if it was her on the swing and we gave just one push.  We all agreed that it would be less because she is heavier. Mrs Pearson got onto the swing and we gave one push and… we were right!  Sadly we didn’t get a picture of Mrs Pearson on the swing.

Later in the afternoon parents came to join us in the classroom and find out a bit about all the different types of equipment that we use to help us with our Maths.  We made lots of numbers representing them on numberlines, 100-squares, with Diennes blocks, Numicon and lots lots more! 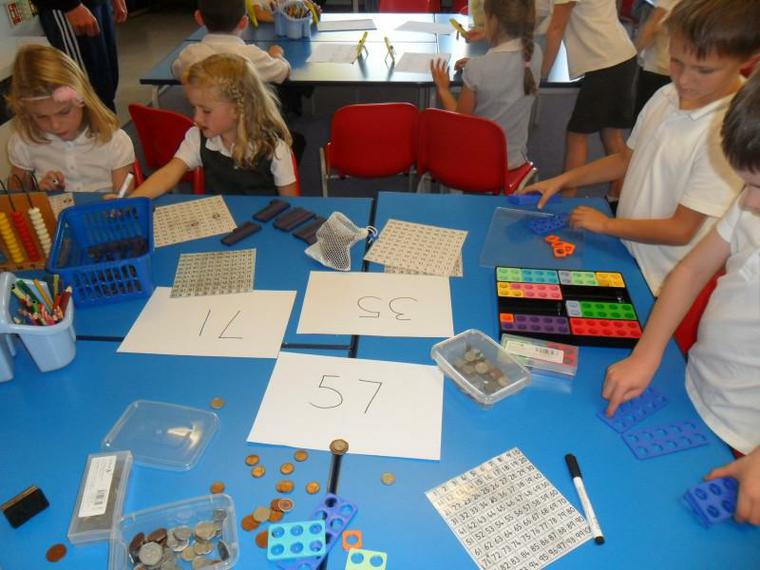 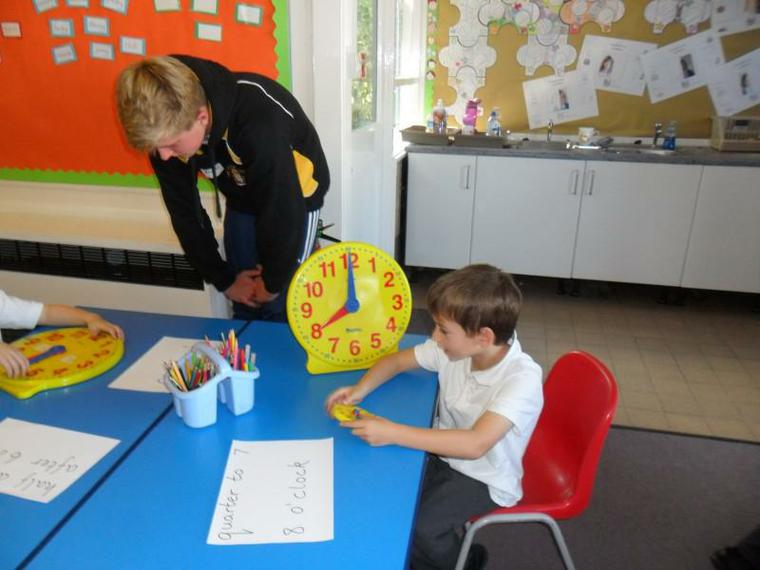